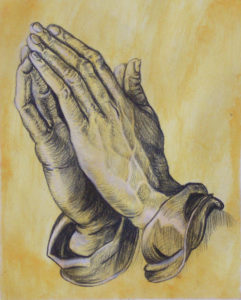 Please join us in this prayer for our newly President and Vice President of the United States of America-Donald J. Trump and Mike Pence.

Please join us today in celebrating the inauguration of President-elect Donald Trump and Vice-President elect Mike Pence – the last time we expect to call them “elect” as part of their title.  We are indebted to Dr. Ken Gibson, the past President of York County Action and member of the state board (Americans for Christian Traditions in our Nation), for composing this prayer.

Father in Heaven, tonight we gather for prayer for our city of York, our county of York, our Commonwealth of Pennsylvania, but also for our country, the United States of America.  As a country we have just elected a new President, a leader to lead us into the next four years, 2017-2020.  Hear our prayer tonight for our President and Vice President as they take the oath of office on this Friday, January 20th.

Give them a servant and understanding heart to judge the people that they may discern between good and evil, for who is able to judge this so great a people.  Grant President Trump and Vice President Pence a wise and understanding heart, so that there will be nothing like it around the world, Enlarge their hearts to the poor and to respond to the needs of our country in a Godly Christ-like manner.    You Word says, a man of understanding shall attain unto wise counsels, may our newly elected President seek wise counsel on all matters of importance.    Grant him a humble heart, help him to be slow to wrath as he faces opposition from within our land and from without.

Father, I believe you allow Mike Pence to be selected as Donald Trump’s choice as Vice President.  Mike Pence is a mature believer in you, allow him to serve as a spiritual mentor to the President, encouraging him, equipping him and empowering him in the most Holy Faith.  May it be a David and Jonathan relationship, they work together as a team that brings glory and honor to your name.  In time may we see our President declare in public Jesus Christ as His Lord and Savior and follow through him believer’s baptism?

I implore you Father in Heaven, that the Spirit of the Lord rest upon our President, Vice President and Cabinet members, and that they be anointed to encourage the church to preach the gospel to the poor, heal the brokenhearted, preach deliverance to the captives and recovering of sight to the blind and set at liberty all those that have been persecuted for their faith.  May these next four years be the Acceptable years of the Lord upon these United States of America?

Your Word states that without a vision the people become unrestraint.  Today, we are witnesses of that unrestraint, due to a lack of godly vision and leadership in our government.  Our prayer for this new administration is that they will provide godly vision and leadership for our people that will build hope, expectation, and excitement for the future of our country and our children.

Lord, we realize that one man or administration or a congress cannot solve the many and various problems our nation faces at this time in our history.  As always for America, we need a Spiritual Awakening, as you have granted several to our nation in the past.  Our prayer is for us, the church of Jesus Christ to pray, fast, and seek you wholeheartedly and in unity for a Spiritual Awakening and Breakthrough for our country and our people.

In your Word, you states that the ones who bless Israel will be blessed, and the one who curses Israel will be cursed.  Our nation has enjoyed your blessings because we have blessed Israel and stood with this great nation and democracy in the Mid-East.  Forgive us in our recent vote and decision to denounce Israel, and may we stand with Israel and with the Palestine people to ensure peace and prosperity for both of these great people groups.  We pray for the salvation of both Jews and Palestinians, because we know your word states, that It is not your will that any should perish but that all should come to repentance.  Bring America, Israel and the Palestinians to repentance that the world will be shaken to the core to see such a thing happen in our day and time.  This is your desire.  And it is our desire as well.

So we pray that come Friday, you will grant to our country unity, harmony, hope and excitement for the future of our nation.  We pray that all of the cabinet positions will be filled and confirmed, we pray for pro-life justices to be confirmed, and we pray that we as a nation will return to our spiritual roots.  As the President and his team enter a time of worship on Saturday, we pray for a holy spirit anointing and that the skeniah glory of the Lord will so prevail inside and outside the National Cathedral, a sight like Israel saw in the Tabernacle we too will see for our nation as they come together to worship you.

“On my arrival in the United States the religious aspect of the country was the first thing that struck my attention and the longer I stayed there the more I perceived the great political consequences resulting from this new state of things.   I sought for the greatness and genius of America in her commodious harbors and her ample rivers and it was not there; in her fertile fields and boundless prairies and it was not there, in her mines and factories and vast world commerce and it was not there, NOT until I went to the churches in America and heard her pulpits aflame with righteousness did I understand the secret of her genius and power.  America is great because she is good and if America ever ceases to be good, America will cease to be great”—

Father, Make America Great Again, greatness in your sight, greatness in You, Greatness as One Nation Under God, a Nation that lives and believes IN GOD WE TRUST. 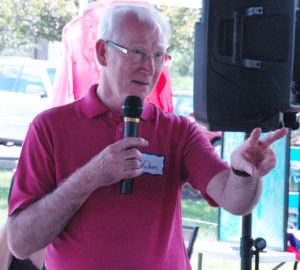